Homeowners seem to have a love-hate relationship with their homeowners associations. They appreciate those that mow the lawn, manage neighborly disputes, offer amenities, and organize social events, but they don’t agree with all their rules.

The number of Americans living in a community association has grown over the last 50 years from 10,000 communities in the 1970s to more than 300,000 as of 2016, Porch.com reports. (Those figures also include condo and co-operative communities.)

The most received HOA fines to homeowners were for improper landscaping and trash being put out too late or early, according to a survey by Porch.com, a home remodeling resource. Porch.com surveyed more than 700 people who live in  HOA communities.

Fifty-two percent of homeowners say they have not paid an HOA fine. Millennials were the most likely to skip out on paying a fine at 54%, followed by Generation X at 53%. Zero percent of the baby boomers surveyed say they did not pay an HOA fine they received.

Twenty-nine percent of homeowners say they have knowingly broken an HOA rule (the age groups were fairly matched in breaking the rules). Nearly one-third said they had broken one of their association’s rules and hoped they would never get caught. 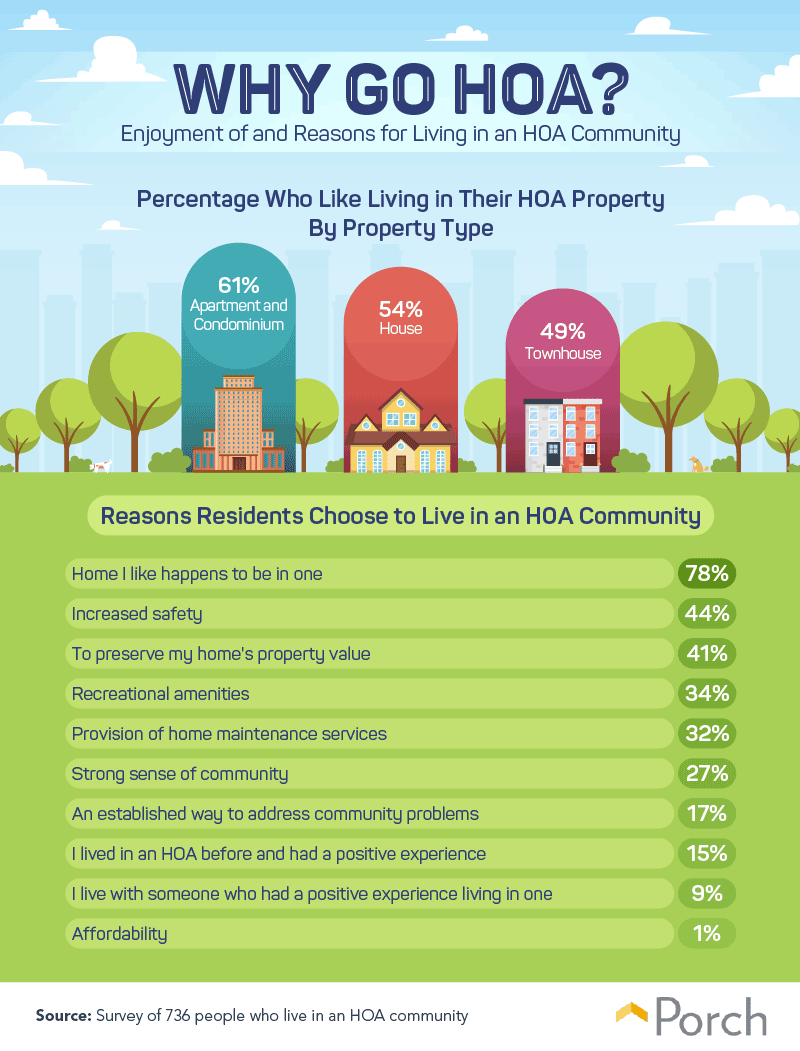