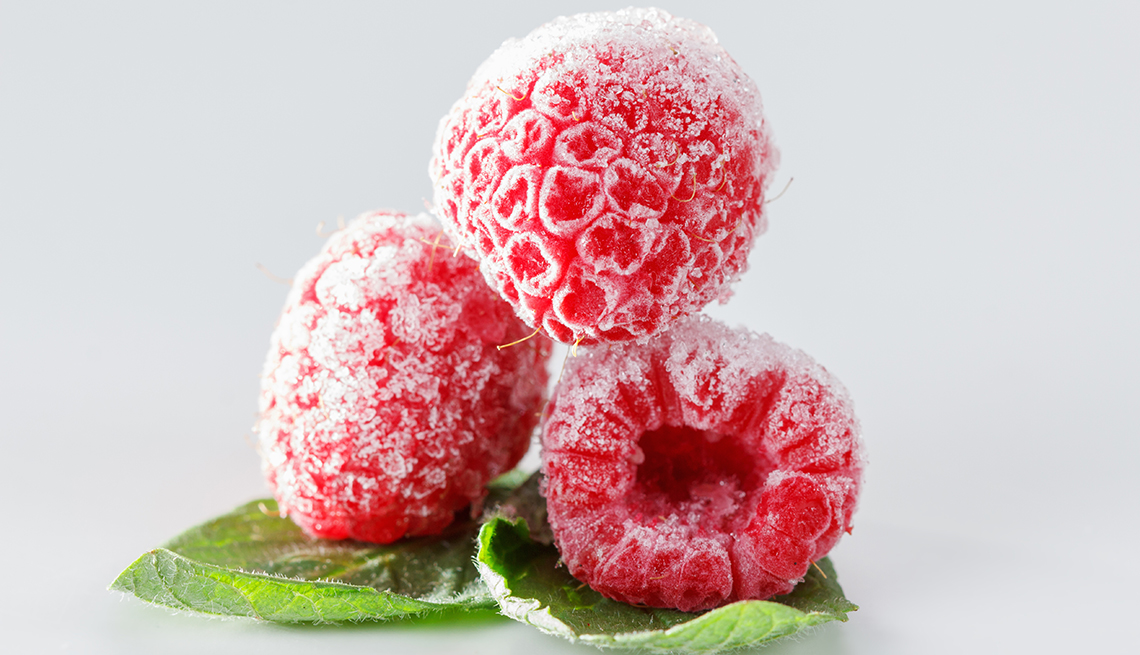 The U.S. Department of Agriculture recommends five to nine servings of fruits and vegetables a day, and conventional wisdom traditionally has been that fresh is best. But recommendations are changing as more studies show there is no significant nutritional difference between fresh and frozen. Here are five reasons why you may want to stock up on healthy treats while in the frozen food aisle.

New research from the University of Georgia found that frozen fruits and veggies are just as nutritious as their fresh counterparts — and some even retained more nutrients, especially when it comes to vitamin A.

In a separate comparison cited in the New York Times, researchers at the University of California Davis found that vitamin content was higher in some frozen foods, including broccoli, corn, green beans and blueberries. The freezing process typically keeps the nutrients of freshly picked produce intact, while fresh produce may sit in transport or grocery stores for days, losing nutrients along the way.

A recent study conducted by the Frozen Food Foundation found people who buy frozen fruits and veggies consume more produce overall than those who don't. This finding mirrors what nutritionist Cynthia Sass learns from her own clients, according to her story on Health magazine's website. "While I’m a big fan of fresh produce, I'm also serious about helping people fit in at least five servings of fruits and veggies per day every day. I've found that when my clients keep their freezers stocked with frozen produce, they're much more likely to hit that mark." Frozen veggies are usually prewashed and precut, making heating them in the microwave or pan fast and easy.

Frozen veggies can be used far longer than their fresh counterparts. So instead of replenishing your fresh produce supply every few days, you can stretch out the shopping trips. Frozen veggies are also a great alternative to canned ones, which are usually packed with salt to preserve them. Chef Daniel Thomas writes for AARP that frozen vegetables, for the most part, are cooked to a very high temperature before being quickly frozen for flavor and color conservation, so salt and preservatives aren't necessary.